The PVDF cast film production line is developed and designed by Qingdao Oerui Taike Co., Ltd., which fills many domestic technical gaps and is in the leading position in the industry.

2, the special screw design of the extruder ensures that the plastic melts, the color is uniform, and the extrusion volume is high.

3, fully automatic mold with thickness gauge, can more effectively fine-tune the thickness deviation of the melt on the transverse width of the die, thickness uniformity to ensure ± 1 wire.

5, using the Italian re-tension sensor and control system to ensure that the tension control is plus or minus one cow.

6, a full set of servo motors, with the servo controller to make the equipment run more accurately.

The origin of PVDF cast film

In the year before the start of the photovoltaic industry, the PV back sheet material end has always been DuPont's Tedlar® PVF film (referred to as T film) occupying the mainstream of the market. The major terminals and component factories also recognized the T film material at this time. And it is also applied on a large scale in actual products. Due to the limited production capacity of DuPont enamel film, the corresponding backsheet products can not meet the rapid expansion of the market demand, and the higher price of DuPont enamel film products prompted the industry to explore the search for a low-cost fluorine film instead of DuPont T film. A good window for the development of PVDF film was given. Around 2009, Arkema of France developed a three-layer structure of Kynar® PVDF film (K film for short) and registered trademark KPK®, which is priced lower than DuPont film. The products and production capacity also expanded rapidly. The customers in the industry gradually accepted and began to adopt the enamel film products. However, due to the complicated process of the PVDF production process of the three-layer structure, the cost is still higher than the market expectation, so the single-layer PVDF film with simpler process needs Born, also referred to as enamel film, the cost is greatly reduced with the simplification of the process. Due to market expansion and low-cost demand, several companies in Korea and Japan quickly joined the production of single-layer enamel film and occupied some market segments. Time came to 2014, and some Chinese enterprises have noticed that business opportunities have also joined the ranks of single-layer enamel film production, and they have won the favor of the market at a lower price. By the end of 2016, the overall market share of enamel-based composite backsheets is close to 50%. Low cost enamel film has become one of the important backsheet composites.

PVDF is the second largest fluoroplastic used at present. PVDF particles are difficult to form on their own. If PVDF particles are to be made into thin film, about 30% polymethyl methacrylate (PMMA, commonly known as acrylic) should be added as a plasticizer. In order to improve the film formability, PVDF after the addition of PMMA is more easily formed into a film in a molten state. Regarding the film forming process of PVDF film, the two processes of blown film and casting are mainly used in the market, but the PVDF film of casting method has advantages in parameters such as transmittance and thickness uniformity, and the PVDF cast film production line has become The mainstream development direction at this stage. 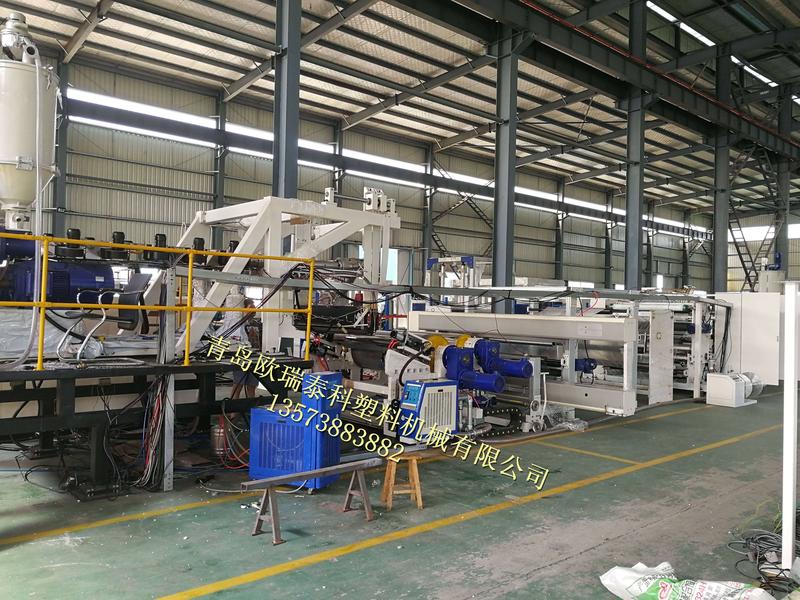